Former Manchester City defender Micah Richards was part of the Sky Sports crew on the final day of the latest Premier League campaign alongside Manchester United legend Roy Keane, presenter Dave Jones, Ex-Liverpool midfielder Jamie Redknapp and many more. Richards and other City fans went through different emotions as they were made to work for the Premier League title by Liverpool legend Steven Gerrard and his Aston Villa players. Incidentally, Richards played for the two teams involved at the Etihad Stadium, but his allegiance was clearly with Manchester City who had to win to secure a fourth league title in five years and a second straight league title. 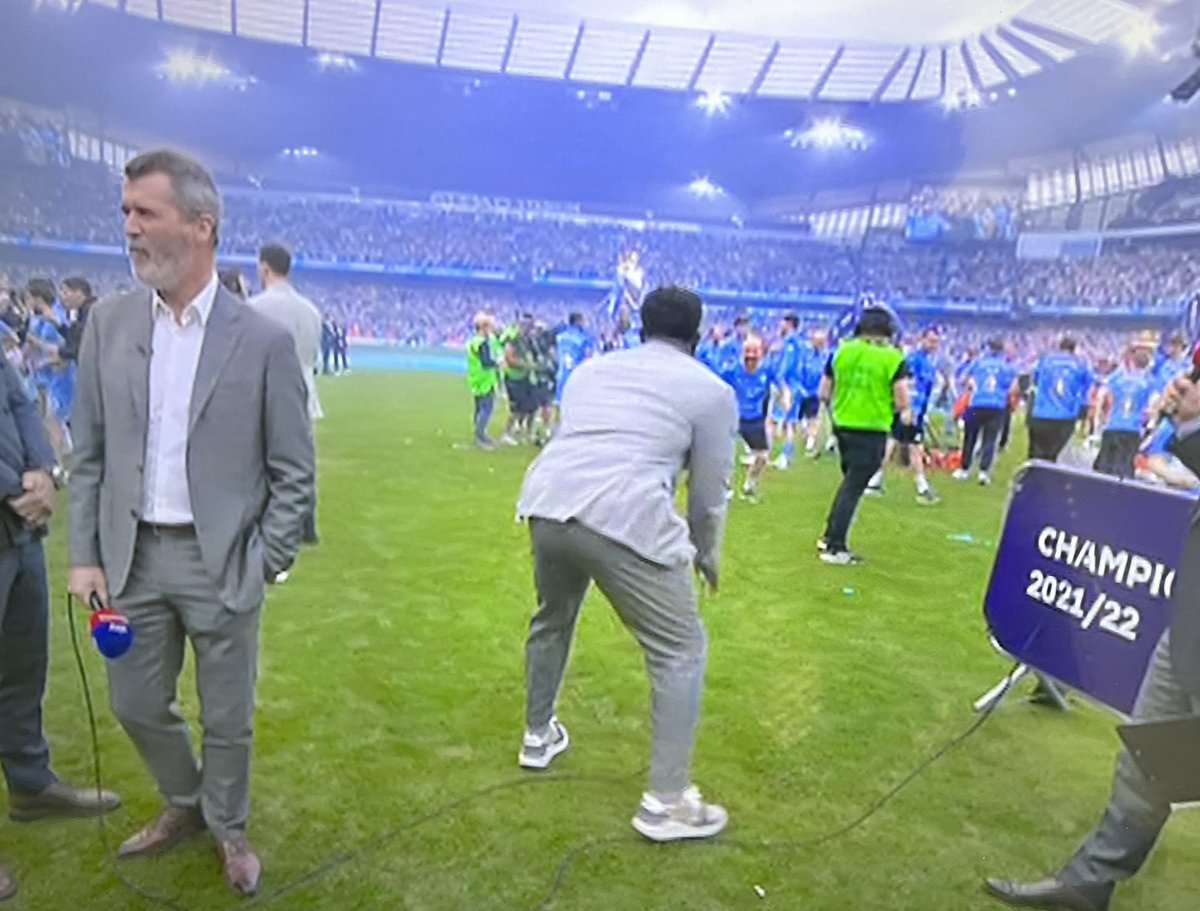 Manchester City came into the final day of the season with a one-point lead over Liverpool and needed to win against Villa irrespective of whatever happens in the Liverpool game. The Reds were at home to Wolverhampton Wanderers. City threatened to throw the title away as they trailed 2-0 at the start of the final third of the second half. Matty Cash and Philippe Coutinho had scored either side of the half for Villa. The Citizens eventually rallied to score three goals in five minutes to emerge victorious. Second half substitute IlkayGundogan scored a brace shortly after his introduction at the midway stage of the second half. He came on for the ineffective Bernardo Silva.

Micah Richards and the other Manchester City fans were delighted about the eventual outcome of the game. Richards celebrated wildly in the presence of his Sky Sports colleagues including Roy Keane who's a legend for city rivals Manchester United. The retired England international sang the City fans’ chant for KoloToure and Yaya Tourewith a City staff. The aforementioned Richards was a teammate of Yaya Toure and KoloToure at the club many years ago.
While Micah Richards is a pundit, KoloToure is a coach with the Leicester City first team, while Yaya Toure is with the Tottenham Hotspur Academy as a coach.