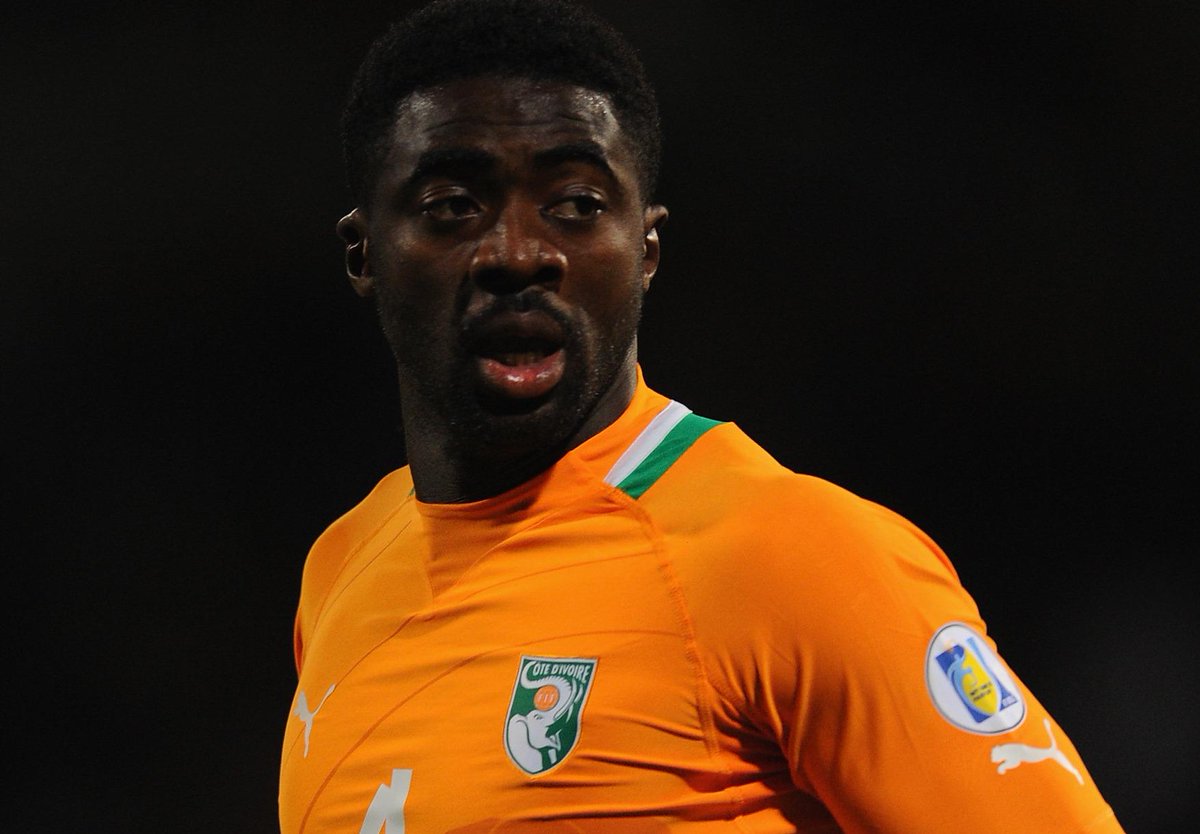 Toure made his debut for the Ivorian senior national team against Rwanda in April 2000. The defenderwas in the Ivory Coast squad that reached the final at the 2006 African Cup of Nations (AFCON) tournament in Egypt. He played in all the games on the run to second place at the tournament in Egypt.

Arsenal boss Mikel Arteta has revealed that he's open to welcoming Yaya Toureto the club in a coaching capacity. According to him, Yaya Toure has his number from their time at the Etihad Stadium if he wants to join the Arsenal coaching staff. Arteta was the assistant manager to Pep Guardiola for over three years at Manchester City and during that time, Yaya was one of the best players in the team.Arteta met Yaya at Manchester City when he joined the club as an assistant manager in 2016 and the Spaniard was still in the same role when Yaya Toure left the Citizens in 2018. 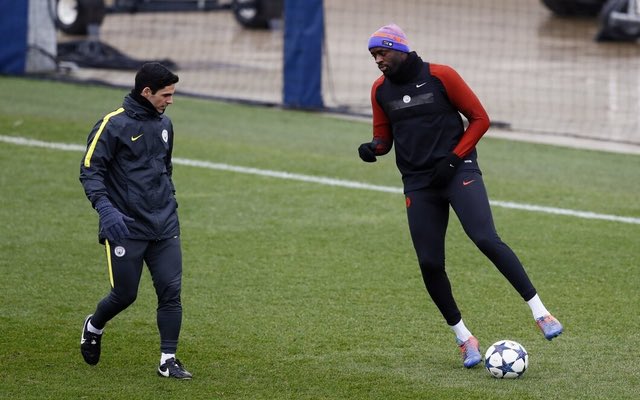 Arteta talked about Yaya and the possibility of him joining the Arsenal coaching team in a chat withthe press during his penultimate media briefing ahead of the Everton game on Monday night as far as the Premier League is concerned.

KoloToure was at the heart of the Arsenal defence when the North Londoners beat Manchester United on penalties in the final to win the 2005 FA Cup title. KoloToure partnered Swiss defender Philippe Senderos in central defence as the more experienced Sol Campbell started the game on the bench. England international Campbell was an unused substitute at the end of the game which went into extra time and penalties.

KoloToure has been tipped for a great managerial career by Crystal Palace boss Patrick Vieira. The newly appointed Palace manager made this known in his pre-match presser ahead of the home clash with Leicester City in the Premier League just before the present international break.

TOURE: LIVERPOOL WILL FIND IT HARD TO WIN THE LEAGUE

https://pbs.twimg.com/media/E8xqM0NXsAMKRBb.jpg
While every other big team in the English Premier League was busy splashing the cash on new signings this summer, Liverpool refused to join the shopping spree and it could have a negative impact on their season, according to their former player Kolo Toure.

Retired Ivorian national team defender KoloToure signed for Liverpool in the summer of 2013. ThePremier League giants announced that they have reached an agreement to sign KoloToure in May 2013. The centre back signed for the Reds as a free agent after his Manchester City deal expired. Toure, 40, was unveiled as the first signing of the 2013summer transfer window on July 2, 2013 and was given the number 4 shirt. The Ivorian penned a two-year contract when he signed for the Reds. 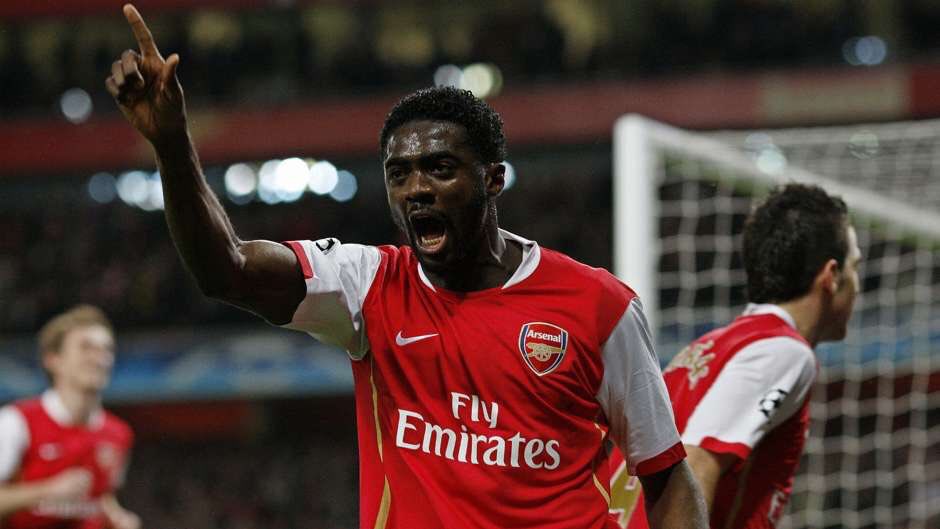 KoloToure made his debut for Liverpool during the big friendly win over Preston North End as the Reds prepared for the 2013/14 campaign. He made his Premier League debut for the Reds in the home clash with Stoke City. Toure played his first game for Liverpool in the league during the 1-0 home win over the Potters on August 17, 2013.

TOURE: DIALLO IS A GIFT TO THE IVORY COAST

Former Liverpool star Kolo Toure has emptied a big barrel of praise on his compatriot, Manchester United star Amad Diallo. The Red Devils youngster has been a bargain signing for the English Premier League giants even though he has not been given enough time to showcase his talent. United signed the player from Italian Serie A outfit Atalanta last January and although he has not been utilized on the pitch by Olé Gunnar Solksjær as much as he would have, he has always performed well whenever he has been called upon.

Arsenal midfielder Thomas Partey did his best KoloToure impression after the video of him wildly lunging to a tackle in training surfaced online. In the video posted on the Instagram account of Gunners skipper Pierre-EmerickAubameyang, Partey lunged into a tackle during Arsenal training and wiped out Arsenal coach Sam Wilson in the process.

Wilson is the strengthening and conditioning coach at Arsenal and Partey almost injured him via a tackle during a rondo training drill. The tackle from Partey evoked the memories of KoloToure and his first training session at Arsenal while he was on trial at the club.

TOURE: PEP IS A GENIUS OF A MANAGER

Almost anyone would agree right now that Manchester City manager Pep Guardiola is a true genius and that he also deserves all the accolades that have been ringing his name all season. The Spanish manager has just taken his City side to their first UEFA Champions League final after knocking out French Ligue 1 giants Paris Saint-Germain in their two-legged semi-final clash.

He and his City team will now face Thomas Tuchel and his Chelsea side in the final after the Blues saw off Spanish La Liga giants Real Madrid in the other semi-final fixture. Guardiola, since joining Manchester City in 2016, had never gone beyond the quarter-final stage of the Champions League but he has now breezed past that stage and straight into the final after defeating PSG.

Legendary Arsenal manager Arsene Wenger has given details on Kolo Toure and the trial he had with the Gunners before the Ivorian was signed. Wenger talked about the defender and his bizarre Arsenal trial in an interview with 11freunde.

The former Gunners tactician revealed how he was the recipient of a two-footed challenge from the enthusiasticToure. The ex-Ivorian national team defender had deliveredtwo-footed challenges on key Arsenal players like Thierry Henry and Dennis Bergkamp in his first day at the Gunners training ground before his manager became a victim.

Kolo Toure left some big Arsenal players with the risk of a possible injury as a result of his poor challenge at a time when the Gunners were going for the Premier League title.