However, goals from Sergio Aguero and David Silva – with the latter coming in the 87th minute ensured that the Citizens picked up their first victory of the current Champions League campaign. Speaking after the game, Guardiola said: “After one minute we conceded and it’s not easy, but after that we fought, as always, as a team.

“The previous two seasons were not simple, but we qualified with games left and this time it’s not going to happen. Maybe for the future it’s going to be good to live these kind of situation. You cannot go through to quarters, semis, without living these situations. That’s why today is one of the happiest days I’ve had in this club because it’s going to help us.”

Celtic midfielder Moussa Dembele has had his head turned by a bid from Lyon and he is unlikely to feature in the upcoming old firm derby with Rangers, according to manager Brendan Rodgers. The manager went on to reveal that Dembele has not been part of the full training session on Friday after learning about the offer from Lyon. Dembele has made no secret that he would like to join the French club, who are a big name compared with Celtic. Lyon will be able to offer him European football on a regular basis unlike Celtic, whose likelihood of reaching the Europa League is not certain.

Dembele has been a major hit at Celtic after coming to the club in the summer of 2016 from Fulham. His first season at the club saw him come up with 32 goals and nine assists in 49 matches. Last season, however, was a disappointment with Dembele out being injured for more often than not. Yet, he still returned with figures of 16 goals and nine assists in 39 appearances. Lyon entered into the race to sign Dembele at the last moment after losing their centre forward to Real Madrid. The possibility of regular first-team football in the French league could be hard to turn down for the player, who was last seen in the French league back in 2012 when he represented the under 17 team of PSG.

Kolo Toure And His Career As Coach And Player

Kolo Toure is known for the defender role that he played for Manchester City as well as being a former defender player for teams like Arsenal and Liverpool. He announced his retirement in the month of September 2017 when he also announced that he was taking up the role of coach for the Celtic team.

Toure, at the age of 36, was handed the position of technical assistant and the club stated that he would be actively engaged in all coaching matters for the first level team. He would use his experience, knowledge, and expertise to assist the youth levels at the club. His appointment with the Celtic team was apparent after he had played 17 times for the team. Hence, his role as a technical assistant would ensure that he works with Brendan Rodgers, his former boss from Anfield. Some had hoped that he would have extended his career in the field. However, in the summer of 2017, he took up coaching with the Ivory Coast national team and since then he has worked with the backroom staff as well as with Rodgers in recent times.

Former Arsenal and Liverpool defender Kolo Toure believes Brendan Rodgers is content with his managerial role at Celtic and has no plans of leaving the Glasgow giants anytime soon. The Northern Irishman has been associated with a Premier League return of late with Arsenal considering the future of long-standing head coach Arsene Wenger.

Former Arsenal and Manchester City defender Kolo Toure has a special session with the students at the Blackburn Rovers Community Trust this weekend. The Ivorian, who is currently part of Celtic’s coaching staff linked up with five other coaches including FA Cup winner Emmerson Boyce to oversee a training session of students as part of their UEFA A License qualification.

Manchester City midfielder Yaya Toure has admitted that his brother Kolo had a key role to play in shaping his early footballing career. The 36-year-old hang up his boots earlier in the summer after winning a historic treble in Scotland with Brendan Rodgers' Celtic.

In a report covered by Goal.com, Yaya recalled the impact of his elder brother Kolo on his career during their younger days in the Ivory Coast, he said: "He was waking me up to try and go outside to do some jogging. At 5am it was dark in Africa and I said: ‘What are you waking me up for?

Kolo Toure revealed his delight at returning to Celtic as a technical assistant to the coaching staff and says he “couldn’t be happier.”

The Ivorian international retired from the game as a player at Parkhead last season after a fabulous career on the field playing for the likes of Arsenal, Liverpool and Manchester City.

Kolo Toure has rejoined Celtic as a technical assistant at the club after deciding to end his playing days.

The 36-year-old is known for representing Arsenal, Liverpool, and Manchester City. He made the switch to a Celtic last season in order to be reunited with his former coach Brendan Rodgers. Even though this move did not go as well as planned with the player only making 17 appearances, he ended his career after failing to find a new club and having suffered plenty of injuries towards the end of his playing days. After having concluded his playing days, he has decided to join Celtic in order to embark on a coaching career.

Liverpool icon Kolo Toure claims that Alex Oxlade-Chamberlain will be a major hit at Arsenal. The former Arsenal winger made the switch to Anfield for around £ 35 million, and he has signed a long-term contract with the club.

Liverpool have been trying to get Alex Oxlade-Chamberlain for a number of months now. After having finally got their man for a reasonable sum of money, manager Jurgen Klopp is expected to profit from the presence of the England international in the 2017-18 campaign. Kolo Toure, who was with the club as recently as a season ago, claims that Alex Oxlade-Chamberlain has the ability to become a major success for the club.

Kolo Toure has spoken about his biggest regret since leaving Liverpool, and he says that not being able to win the Premier League title with the Reds will forever remain with him as a major regret. 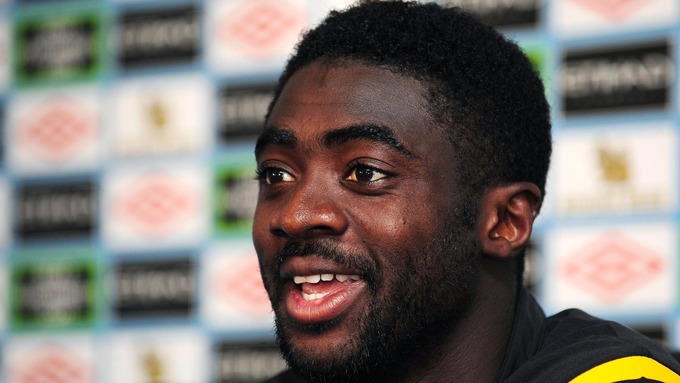 The former Ivory Coast international was signed by Brendan Rodgers when he was the manager at Anfield. He came on as a free signing from Manchester City, but Toure was looking at the possibility of winning the Premier League title with three different teams – a feat never before achieved in the top division of English football since the introduction of the Premier League in 1992.